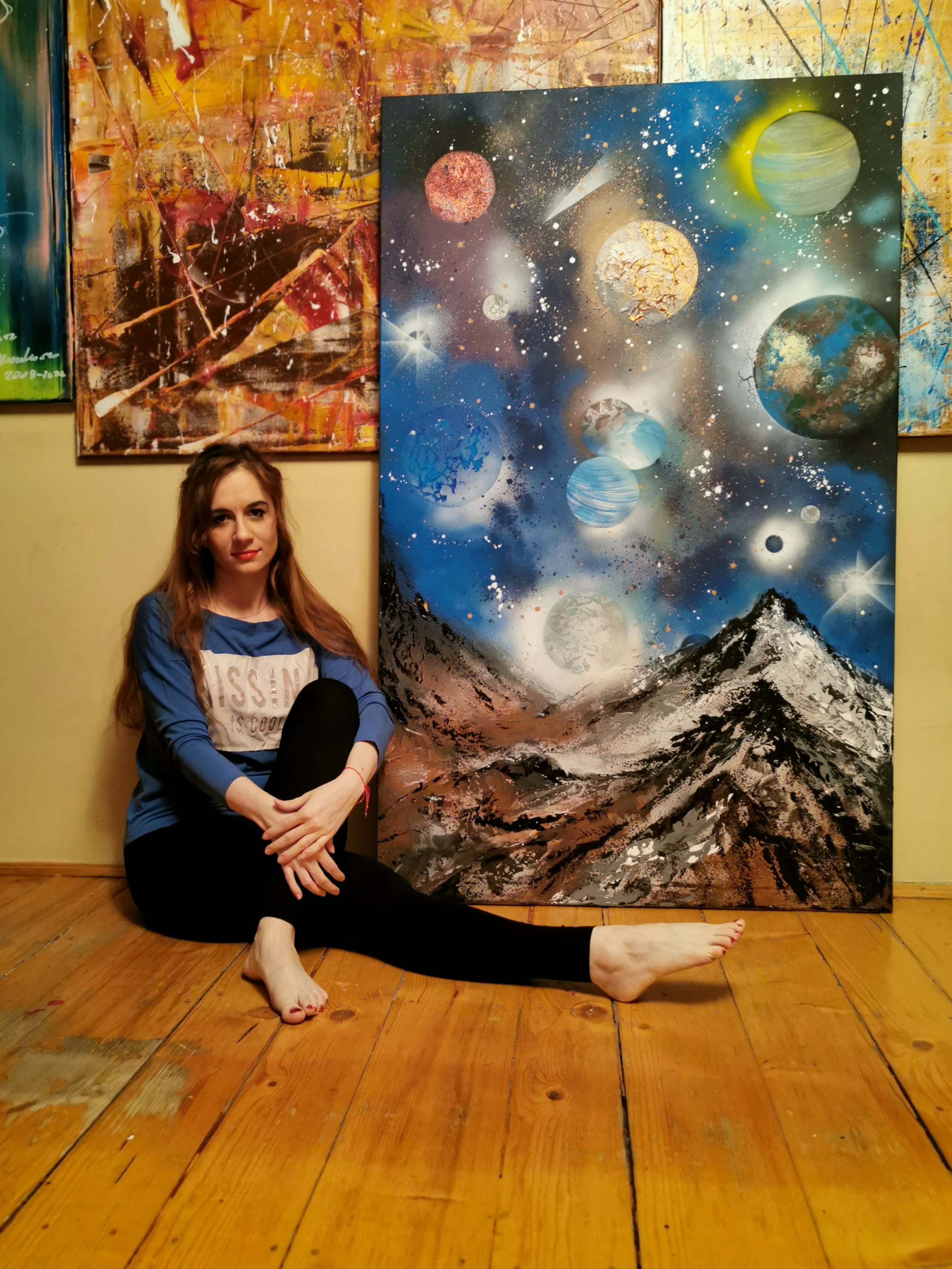 
BeDe Art Studio is a place where art, passion and broadly defined artistry become one. The owner and founder is a 4-time scholarship holder of the Ministry of Science & Higher Education in Poland - Beata Dencikowska. By profession & education, she is a professional pianist who creates artistic setting of diverse events (with over 20 years of educational and concert experience in Poland and abroad) & at the same time - abstract painter. Her own developed painting technique combining colors, patterns and materials met after the first month of the company's existence with an extremely positive feedback of art enthusiasts - primarily in the United States and Austria, but also in her native country where she was born - Poland. Currently, Beata, together with her brother Dariusz Dencikowski, have already had their first exhibitions, including in Gallery Steiner in Vienna (Austria), in Marbella (Spain) as well as in his city of Rzeszów (Poland). Another one ahead of them - including in the USA & Shanghai (China). Thanks to the wide range of colors of both soul and heart - as a abstract painter, Beata creates paintings in various sizes, grades and on special commissions - all according to the wishes of an art lover and to order in the Store

The second artist exhibiting his paintings at BeDe Art Studio is the above-mentioned Beata's brother - Dariusz Dencikowski (Master of Architecture and Master of Civil Engineering) - a Polish abstractionist, architect and interior designer with many years of experience in the art industry. His fascination with the art of painting began as early as school age, when his painting was noticed at the international competition in Japan in 1996 (where he received the first distinction). Painting and drawing accompanied Dariusz from childhood, when he began to take his first drawing lessons. His first exhibitions were already held at the elementary school in Rzeszów, and later during his studies. Currently, his paintings could be seen, including during exhibitions at the Gallery Steiner in Vienna (Austria), the Marshal's Office of the Podkarpackie Voivodeship in Rzeszów (Poland), during the WOŚP and others. Next before him - including in the USA, China (Shanghai) and Germany, for which he is currently preparing. As an abstract painter, Dariusz creates pictures in harmony with his emotions. Dariusz's paintings are highly valued by lovers and collectors, primarily in England, Germany and Austria but also in Poland - including Rzeszów, Warsaw and Katowice, from where the first orders took place and the walls of these cities are decorated.